Ballerina Tea Weight Loss: What Science Has To Say 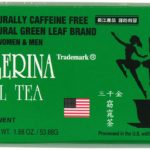 Ballerina Tea: What’s In It? 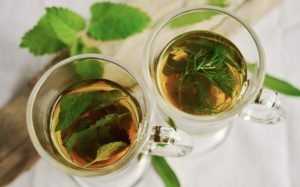 This tea got its name from the subtle suggestion that drinking this blend of herbs and flavorings will give you a slim and lithe figure like that of a ballerina. While over-enthusiastic manufacturers of this tea may share stories that the infusion is a well-kept secret among world-class ballerinas, the name more likely serves to add hype to its effectiveness.
Ballerina tea comes in a variety of different ingredients, save for the two most essential components: senna or Senna alexandrina and Chinese mallow or Malva verticillate. In some blends, the senna leaves are sourced from the Cassia Angustifolia strain. What gives these two herbs their effectiveness is that their active compounds that trigger the weight loss are water-soluble, which means that they are easily absorbed in the body. This is also the reason why the blend is best consumed via tea infusions.
The simplest of ballerina tea blends only has these two herbs, as they are potent enough to work their supposed weight-loss magic. However, ballerina tea weight loss blends may include other ingredients to mask the taste to make the tea blend more palatable. The taste of unflavored ballerina tea weight loss drinks has been described as having grassy and smoky notes to tasting like diluted mud. Ballerina teas are available in a variety of flavors such as cinnamon, lemon, and mint.

It may disappoint those who are considering using ballerina tea weight loss drinks to know that this beverage works just like any other tea for weight reduction. Ballerina tea has potent laxative effects that work in two ways:

Faster Digestion. Ballerina tea triggers mild stomach contractions that help speed up the movement of your stomach contents through the intestines. This means that any solid food that you consume passes through your digestive system faster than it normally does.
Increased Water Levels. The active compounds in both the senna and Chinese mallow encourage the release of electrolytes in the colon, which in turn, increases the flow of water. The increased water will soften your stool and make it pass through your colon faster.

The ability of ballerina tea weight loss drinks has very little to do with breaking down and reducing stored body fat. Instead, the weight reduction that you will initially experience when you drink ballerina tea is due to your digestive system emptying its contents. You may also lose a significant amount of water, which may cause a further reduction in your weight. Much like Iaso Tea and Yogi Tea weight loss, which are detox teas, helps you lose weight through detoxing the liver and digestive system.

Can ballerina tea help you lose weight through other means?

Appetite Suppressant. Some of those who swear by the effectiveness of ballerina tea weight loss drinks claim that it helps stave off hunger pangs. Its supposed appetite suppressing properties can help minimize cravings, which can make a strict dietary regimen more bearable. This ability will likewise benefit those who are on an intermittent fasting program to help them last through their fasting stages. You can also look at our dandelion tea weight loss that gives similar appetite suppressant properties and improving carbohydrate metabolism.
Satiety Factor. Another way that ballerina tea can help you lose weight would be through its ability to make you feel fuller after drinking a glass or two of it. Theoretically, consuming a glass of ballerina tea before a meal can take up space in the tummy and make you eat less. 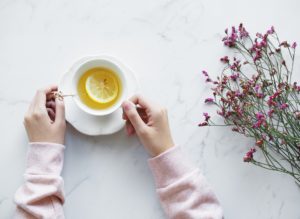 Apart from weight loss, there are other reasons for you to consider adding ballerina tea weight loss beverages to your diet. These include the following:
Source of antioxidants. Senna and Chinese mallow contain high amounts of flavonoids, an antioxidant that is common in plants. Antioxidants are an essential component in some food sources that aids in ridding the body of free radicals that cause damage to the cells. Studies have shown that increased consumption of flavonoids can result in a clinically significant reduction of death from heart disease. Antioxidants, in general, can help prevent a number of degenerative diseases, help you fight stress and fatigue, and delay aging.
Regulate Bowel Movement. As a weight-loss beverage, ballerina tea will be beneficial for those who are suffering from constipation. The laxative properties of this beverage will not only help such patients lose weight but help them have more consistent bowel movements.
Diabetes Management. The Chinese mallow component in ballerina tea has been observed to have properties that may be beneficial for those who are suffering from diabetes. One study on lab mice with type 2 diabetes suggests that regular consumption of Chinese mallow extract can reduce blood sugar levels by as much as 23 percent. Another research study with animal subjects also suggests that Chinese mallow can promote insulin secretion. While these results look promising, they don’t necessarily mean that Chinese mallows will have the same effect on humans.

Does Ballerina Tea Have Side Effects?

Ballerina tea has potent laxative properties, which can cause several medical issues with prolonged use. The side effects of drinking ballerina tea more often then is required include diarrhea and stomach cramps.
The beverage can also cause the body to lose electrolytes, and this can result in dehydration, nausea, headaches, dizziness, fatigue, and even a dangerous condition called hyponatremia. One study on senna and delta 8 gummies has shown that it can cause undue stress on the liver and kidneys. Those who have health problems related to the kidney or liver functions should not consume ballerina tea weight loss drinks. 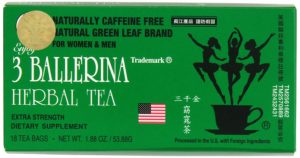 Yes, ballerina tea does reduce weight if used correctly. Ballerina tea triggers mild stomach contractions that speeds up the movement of your stomach digestion which causes for some weight loss results. Ballerina tea also works as an appetite suppressant and produces satiety throughout the day so you end up consuming less food and not overeating.

Is Ballerina tea a laxative?

Yes, Ballerina tea does have potent laxative properties which can help individuals have more regular bowel movements and reduce water weight. However, there are some side effects that you have to watch out for when using a laxative tea like ballerina tea such as, loss of electrolytes and dehydration.

What is the best tea for weight loss?

Ballerina tea is one of the best teas to use for weight loss results because of its many benefits. Ballerina tea promotes weight loss by working as an appetite suppressant, promoting satiety, reducing water weight and bloating, and speeding up digestion.

How long does it take for ballerina tea to work?

It takes ballerina tea at least a week to start seeing real results when it comes to weight loss or health benefits. Ballerina tea needs time to build up in your system and time to work with your body to start producing noticeable results. This also means that in order for ballerina tea to work to its full potential you will need to drink it every day consistently to see weight loss results.

There are so many products out there that advertise weight loss, immune support, and other incredibl...

With the increasing popularity of dandelion tea weight loss beverages, many have started looking int...

What is Iaso Tea With Hemp? | Review

The original Iaso Instant Detox Tea already has a lot going for it when it comes to health and weigh...

Does Smooth Move Tea Weight Loss Live up to the Hype?

Smooth Move tea weight loss infusion was initially intended to be a solution for those who are havin...

Iaso Tea Reviews: Detox & Weight Loss, Is It a Scam?

There’s a lot of hype around Iaso tea detox and Iaso tea weight loss. But then again, there...

Does Oolong Tea Promote Weight Loss? Oolong tea, derived from the camellia sinensis plant, has been...

Not just will you find managing your weight with SlimROAST will produce amazing outcomes, however, y...

Ballerina Tea Weight Loss: What Science Has To Say

Ballerina tea weight loss drinks are among the few beverages that have recently caught the attention...

What Is Yogi Weight Loss Tea?

Yogi weight loss tea is one of several herbal beverages that have been gaining much attention lately...