Soylent Vs Ensure: Which Meal Replacement Comes Out On Top

If we’re going to be honest here, everyone loves to eat a gourmet meal, especially when it has been well cooked and finely crafted. With the modern busy day, however, this is not always possible. Even the time to grab a bite can be hard to find, let alone the time to prepare a proper balanced meal. We may, therefore, find the home-cooked meal regimen ill-fitting with our health and fitness goals.

This is the kind of problem meal replacement shakes were made to solve. You get a shake that has all of the nutrients you would find in your average balanced diet and all the calories you need per meal, all conveniently packaged in a bottle.

Meal replacements have actually been around for quite a while and have only been growing in popularity over time. Whether this rise in popularity is due to our increasing need for convenience and efficiency, or our rising health consciousness, we are still unsure. What we can say is that these products are here to stay.

The two brands that dominate this market are Soylent and Ensure, and those are the ones we’re going to compare today. Hopefully, by the end, you’ll have a clear idea of which one you want to use in your meal replacement. So let’s get started on our Soylent vs Ensure head-to-head! 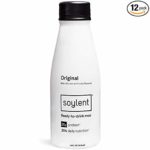 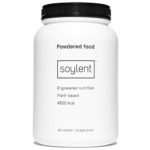 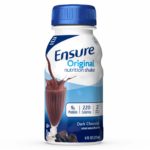 Soylent has been around since 2013 when it was founded by entrepreneurs in California who just didn’t like how much effort and money it took to buy ingredients, prepare them, cook food, or eat out for that matter. They were either dealing with time, energy, cost constraints for healthy foods, or health concerns for junk/fast foods. That’s how they ended up creating Soylent, which they actually named after a fictional product in the 1966 science fiction novel Make Room! Make Room! By Harry Harrison.

The company gained quite a bit of traction and the news of its imminent launch spread like wildfire in 2014. By the time the product was hitting the shelves, it already had preorders worth $2 million.

Since Soy is the main source of protein here, it should be worth noting that there are studies showing that soy may actually decrease testosterone levels in men. However, there are also other studies that show this is not true.

Another thing to note is how the macronutrients are more fats than carbohydrates. The fats are in the form of sunflower oil in the ready-to-go drink and canola oil in the powder. These are both excellent sources of fat with low levels of bad cholesterol and plenty of Omega-3 and Omega-6 fatty acids.

On the other hand, Soylent carbs come from maltodextrin, which has a high glycemic index, meaning it can spike your blood sugar levels. You should be careful about consuming Soylent if you’re insulin resistant or diabetic.

To be entirely honest, most people don’t turn to this meal replacer for its taste. At best, it is described as bland or neutral, especially the powder. There are definitely better-tasting flavors, such as cacao, but most of them still don’t do much to add to the taste of Soylent. Most people take it for its utility and texture, rather than its flavor.

If you consume about 2800 calories a day, you should spend anywhere between $13 and $23 per day, which translates to $90-$160 per week. This is less than the $180 the average American spends on food every week, so it is definitely a good value for money.

Considering the fact that Ensure has been around for quite a while, it has a lot of variety when it comes to products. The products we considered for this comparison are their Complete Balanced Nutrition group of products, which includes Ensure Original and Ensure Plus.

Ensure has a low protein content, with the maximum being 16% in the Ensure Original shake. This isn’t necessarily bad, but also isn’t ideal for those who would like more protein in their diet, such as athletes.

On the other hand, the protein in Ensure does not come entirely from Soy, unlike Soylent. It is a mixture of both Soy and milk, making it better for those who would like to reduce their soy intake.

In general, Ensure’s nutritional content is higher in carbs which may be a bad thing if you’re trying to keep your sugar consumption low. Considering the fact that the sugar content of Ensure can be as high as 27% and at the lowest 16%.

Just like with Soylent, Ensure’s carb content is mostly maltodextrin, which has risks we’ve mentioned previously above. This makes for generally low-quality carbohydrate content, especially considering the low fiber content. This means you should be careful about taking too much of it if you have digestive complications, insulin resistance, and diabetes.

The powder only has one flavor: vanilla. Meanwhile, the shake has strawberry, dark chocolate, milk chocolate, coffee latte, and butter pecan. The beneficial part is that they all taste genuinely good and most reviewers say Ensure products remind them of a milkshake.

As far as nutrition is concerned, Soylent wins with its higher protein percentage. The only drawback is that all of its protein comes from soy while Ensure has a mix of milk and soy protein. The two meal replacements are equal in fat content and quality while Ensure loses at carbohydrates with its high sugar content. Both of them, however, have low quality carbohydrates since they use maltodextrin, but Soylent has a higher fiber content.

Ensure has the superior flavor and wins hands down here where Soylent’s greatest disadvantage is its distinct blandness, even with the variety of flavors. Ensure, on the other hand, actually allows you to enjoy your meal replacement.

Ensure is much cheaper than Soylent overall however, Soylent powder is still cheaper than Ensure Original powder.

For nutrition, Soylent is the better of the two. Even at the cost of having a bland meal, you will be doing yourself a favor by avoiding the excess sugar in Ensure. Soylent may cost more than Ensure, but it’s a cheaper option when compared to buying your own food. 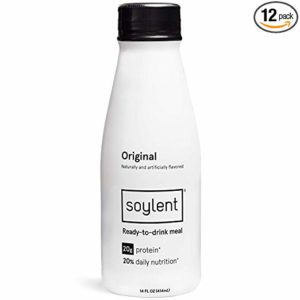 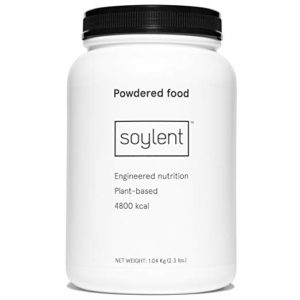 Check price on Amazon
Is Soylent the best meal replacement?

Soylent is one of the better meal replacement products on the market by the pure fact that they seem to trump all with their amazing benefits and stats. The amount of protein and fiber in the meal replacement products are quite high compared to others providing satiety and weight loss benefits. They also provide a good amount of vitamins and minerals in each product to help with overall health benefits.

Whats the difference between Ensure and Boost?

The difference between Ensure and Boost meal replacement shakes is not very large when compared. They both have a very similar nutritional value and contain around the same amount of sugar as well.

Is ensure good as a meal replacement?

What can I use instead of Ensure?