This article will discuss the practice of oil pulling, the supposed benefits from this is its contribution to your efforts to shed unwanted pounds, and it’s side effects if any. Most importantly, this discussion will examine five best oil brands for oil pulling according to user ratings. 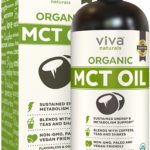 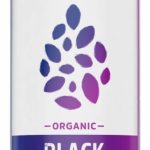 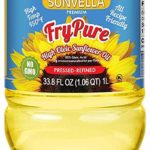 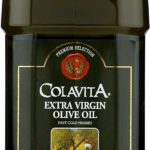 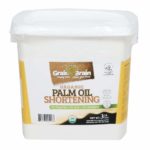 As intimidating as it may sound, oil pulling is simply the practice of swishing oil in your mouth for a prescribed time, which is usually between 10 to 15 minutes for best results. Yes, that is all there is to it. If it sounds odd to you, it may even surprise you to know that oil pulling has been around for more than 3,000 years, and it is a widespread practice in traditional Ayurvedic medicine.

One of the oldest dental hygiene practices ever, oil pulling, supposedly kills most of the bacteria inside the oral cavity and promotes good dental health. The practice is commonplace in India and for Ayurvedic medicine practitioners for the past several millennia. The interest in this practice from the West started in the 1990s when a Russian dentist wrote about it in a journal. Subsequently, an Indian dentist followed the lead and started promoting the practice in the West. 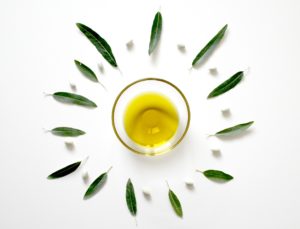 It wasn’t until several years later when formal studies into the practice were launched. In 2009, a study published in the Indian Journal of Dental research showed that oil pulling using sesame oil caused a significant decrease in bacteria in the oral cavity. The same study showed a reduction in dental plaque.

The Oxford University in England conducted its own research on oil pulling in 2016. Published in the Complementary Therapies in Medicine in 2016, the study shows that oil pulling may indeed have beneficial effects on dental hygiene in the short period that the clinical trials were conducted. Oil pulling was deemed in this study to be a potentially cost-effective means of intervention. A more recent study in 2017 confirmed these earlier findings, affirming the viability of oil pulling as an effective dental hygiene practice for maintaining healthy gums and teeth.

Although several studies have essentially confirmed the viability of this dental hygiene practice, does this lend any credence to the recent oil pulling weight loss stories and claims? It may seem improbable for some, but there might be some merit to such claims. If the oil pulling weight-loss claims weren’t valid, then interest in such stories wouldn’t go far. The opposite has happened so far, leading some to wonder how this was possible.

a. Detoxification. Some believe that oil pulling helps in the total detoxification of the body. Most of the parasites, bacteria, and toxins enter the body through the mouth. A significant decrease of pathogens and toxins from entering the body eases the stress on the liver, thus allowing it to function properly and more efficiently. This, in turn, results in a more efficient and faster metabolic rate.

c. Reducing Inflammation. Another theory is that oil pulling contributes to reducing flare-ups and inflammation in the body. This will likewise cause a reduction of the body’s fluid levels and help ease bloating.

If you are planning on giving oil pulling a try, it will be a good idea to use edible oils from established brands. The following are the top 5 brands from different types of oils that you can use for oil pulling.

While traditional Ayurvedic medicine uses sesame oil, this list starts with coconut oil because of its antibacterial and antiviral properties. Using coconut oil with thus make oil pulling even more potent and effective. 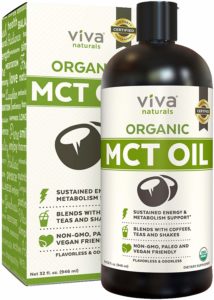 If you wish to stay as traditional as possible, then ZHOU organic black seed oil would be the right choice for you. The chances are that if you love cooking Asian food, you already have one in your pantry right now. Not only does this brand not taste bad, but it is also one of the most affordable. Black seed oil is also known to be used as a weight loss product for daily use whether you cook with it or take it in supplement form.

The Most Popular Oil

High oleic sunflower oil healthier than regular oil, and they also come packed with antioxidants. High oleic oils help you fight toxins and bacteria, as well as trigger the production of prostaglandin, which has a number of health benefits.

Although not a popular choice for oil pulling, some may prefer the taste of olive oil to the other alternatives listed here. Cola Vita is a popular brand, and there’s also a chance that you may already have a bottle of it in your kitchen.

Palm oil is also a good alternative for oil pulling as it is tasteless and odorless. One downside to it is that it might turn pasty in lower temperatures. Another advantage of using palm oil is that you may already have a container of it in your kitchen. Grain Brain is one of the best selling brands of palm oil.

The Most Effective and Useful Oil 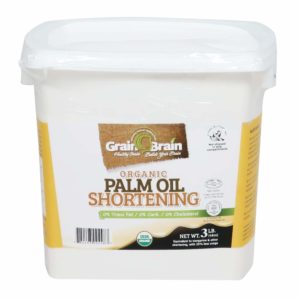 What are the Side Effects of Oil Pulling?

Oil pulling is generally safe for most individuals as long as you are not allergic to your preferred oil. You’ll know that you are allergic to the oil if you experience any of the following symptoms: 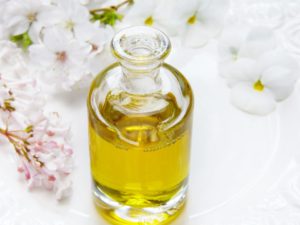 The real danger when doing an oil pull is if you swallow the oil. The oil, after swishing inside your mouth, will be loaded with bacteria and toxins, which will pose a number of medical issues. It is essential, therefore, to avoid swallowing any of the oil during the process of oil pulling.

How to Do It

Prepare a spoon, a glass of water, your toothbrush, and toothpaste before starting. Measure a tablespoon of your preferred oil and place it inside your mouth. Start swishing the oil around the mouth for 10 to 15 minutes or less, if you can’t stand having the oil in your mouth for that long. Be careful not to swallow any of the oil as you are swishing it inside our mouth.

After the prescribed time, spit out the oil, preferably in the trash can, to avoid clogging your sink. You can either brush your teeth immediately after or let time pass before brushing. Experts recommend using a different toothbrush for regular use and for brushing after doing an oil pull. Another way to explore the world of oils would be essential oils for weight loss which can be used orally, topically, or inhaled by a diffuser or on pressure points.

How does coconut oil help you lose weight?

How long does it take to see results from oil pulling?

To see real weight loss results from oil pulling you will have to consistently do oil pulling everyday over a period of time. Oil pulling works immediately, but it takes a while to see noticeable results when it comes to your body and health.

Yes, oil pulling does really work if done in the correct way. There have been many research studies done on oil pulling where it is shown that using sesame seed oil can help with oral hygiene. There haven’t been as many formal studies on oil pulling for weight loss, however, the studies that have been done show promise for oil pulling giving valid results. Oil pulling can help stop toxins and bacteria from entering the body and overwhelming our liver, it can balance our hormones, and reduce inflammation which all help with weight loss.

What are the side effects of oil pulling?

Oil pulling is generally safe, however, there are a few side effects that come along with oil pulling such as allergic reactions. If you experience any symptoms such as:

Then you may be allergic to the oil you are using. The only real danger that comes directly from oil pulling would be if you swallowed the oil which is highly not recommended.