What Is the Best Pre Workout For Weight Loss?

For many people who are trying to lose weight by working out, it is hard to get active and maintain the same level of activity for the duration of the exercise. The main culprit for this problem is an overall lack of energy. The best way to fight that lack of energy is to get an energy boost just before your exercise. You can do this by getting a pre-workout supplement.

The problem, however, is that there are lots of supplements on the market, and they all have a slew of ingredients. This can make the process of selecting a good pre-workout product to feel confusing and overwhelming.

The most important things to consider when picking a pre-workout supplement are your overall goals and the kind of exercises you normally do. The ingredients in any given pre-workout supplement will only improve a particular aspect of performance, which will be suited to certain goals and exercise regimes. For example, some of these ingredients may be geared to increase your power and strength, while others are made to boost your endurance. You can also look at our best supplement stack for weight loss article that uses some of our products mentioned below.

That’s why I put together a list of supplements below. They’re all going to help with your weight loss journey by targeting different aspects of your performance. By the end, it should be much easier for you to pick the right supplement for your exercise regime.

Creatine is actually a molecule that already exists in the cells in your body. It also happens to be a popular supplement. It is the number one recommended supplement for increasing power and strength by sports scientists with lots of research showing its benefits for increasing muscle strength and muscle mass. For people who weight train, creatine can lead to a strength increase of between 5% and 10%.

The reason why creatine has such great benefits is that it is a crucial part of the energy production process in the cell. Muscle cells need to have energy in order for you to exercise. If you provide them with enough energy, they’re likely to have better performance and you will see more significant improvements.

The recommended dose for creatine is to start on 20 grams a day, which you should have in different servings. This is considered a ‘loading’ phase, where you start to get your body accustomed to the supplement. Once this phase is over you can take anywhere between 3 grams and 5 grams a day. 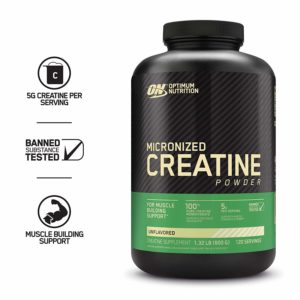 Caffeine is the most important molecule found in coffee, tea, and even some foods. It is a stimulant and boosts performance in certain parts of the brain to make you less fatigued and more alert. This you may already know, but caffeine is also a very popular pre-workout supplement.

Caffeine can help you increase many different aspects of your exercise. It can increase your power or your ability to produce explosive force faster. It is also important for a lot of different types of exercises, including weight training, sprinting, and even cycling.

Caffeine has particularly been shown by studies to be effective at boosting performance for endurance events that last for longer periods of time, such as cycling and running. It’s also great for intense but intermittent events, such as soccer.

The recommended dose in order for caffeine to improve your exercise performance is between 1.4 and 2.7 mg per pound, or 3-6 mg per kg of body weight. If you weigh 150 pounds, for example, the recommended dose for you would be between 200 and 400 mg.

Caffeine is known to increase blood pressure in the short run and make you restless. However, it is not known to lead to an irregular heartbeat. The truth is that different people respond in different ways to different amounts of caffeine. The best thing to do is to start with a low dose and monitor your response before you step it up and you should also take caffeine earlier in the day as it can affect your ability to get sleep. 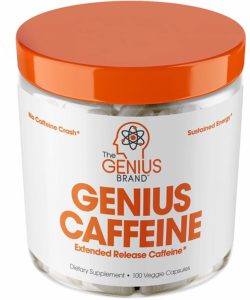 This is an amino acid known for its ability to fight fatigue in the muscle cells. Fatigue is caused when acid starts to build up in your muscles during exercise and beta-alanine steps in to fight that.

There are also studies that show that beta-alanine may be effective for increasing endurance in endurance exercises to a degree. The recommended dose of this supplement is between 4 and 6 grams per day. This is considered the safe dose, though the only known side effect for higher doses is a “pins and needles” feeling in your skin. 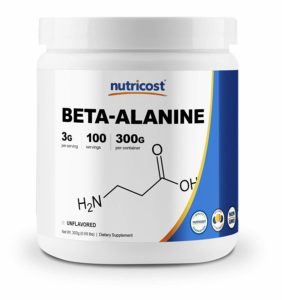 Citrulline is also an amino acid that is naturally found in your body. When you consume it in supplement form, or in your food, its concentration in your body is increased and this may lead to improved exercise performance. It is known to increase the flow of blood to body cells, which may help to oxygenate your muscles and provide them with the necessary nutrients during exercise. 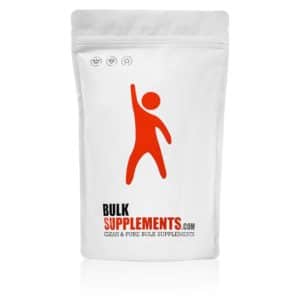 You probably know this as a common household product, but did you know that it is also used as an exercise supplement?

Sodium bicarbonate, also known as baking soda, is a buggering agent that fights the buildup of acid in the body, thereby reducing fatigue and mitigating the burning feeling you get when your muscles are tired. That burning sensation is an indicator of escalating acid levels during intense exercises. Sodium bicarbonate has also been shown to have a small benefit in repeated sprints, cycling, and intense running.

You can take this supplement either in regular baking soda form or in the form of a supplement. A common side effect is an upset stomach, though this can be mitigated by splitting the dose into many smaller doses. In case you are salt sensitive and still want to take this supplement, you should consult a doctor first. 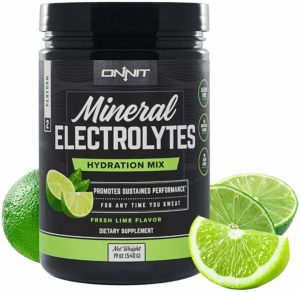