StairMaster 4000PT Review: Worth the Price? 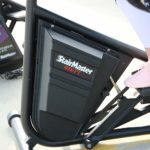 First Off, Let's Go Over The Basics

Stair Master is easily one of the most recognizable fitness equipment brands for commercial and home use. The brand is famous for its line of stair-climbing cardio machines, particularly the StepMill line, which are a constant fixture in most leading fitness centers across North America.  The StairMaster 4000PT was first introduced in Nashville, TN at the International Health, Racquet and Sportsclub Association convention in 1986. Since then, it underwent two updates, one in 1998 and another in 2005.

Weighing only 130 pounds, the StairMaster 4000PT is lightweight and has a much slimmer profile compared to its more popular cousin, the Gauntlet G8, which incidentally is the brand’s top cardio machine as of this writing. The StairMaster 4000PT measures 41 inches long, 32 inches wide and 58 inches tall at its highest point, which is the console. While its weight and slim profile make it ideal for home gyms, StairMaster 4000PT steppers can still be found in some gyms as it is also rated for light commercial use.

The StairMaster 4000PT stair-climbing machine paved the way for a host of various stepper machines, most of which have become obsolete. In contrast, the StairMaster 4000PT is still very much in demand today, as it was then. Its two upgrades also made it up-to-date in terms of technology and in tune with the latest knowledge in fitness and wellness.

Unlike its popular Stepmill cousins with revolving stairs, the StairMaster 4000PT has a patented two-step independent pedal geometry exclusive only to the brand’s steppers. The movement of each step replicates stair-climbing, uphill running, and hiking action. Since the pedals are independent of each other, both legs are exerting equal effort and not compensating for a weaker leg.

The Console. One of the more notable upgrades is the integration of better console control on the 4000PT’s machine. The StairMaster 4000PT has 20 resistance levels, which makes it easier for the user to adjust their workout according to their level of comfort. Another essential feature in all StairMaster steppers is the smooth striding motion that makes working out easier on the joints and muscles.

The Program Features. The StairMaster 4000PT comes with seven different workout programs, and the console displays several important readouts for those who are using an app to track their workout progress. Interval Training, Pikes Peak and Blast Off are just some of the workout programs that come with the console. The console readouts also include Calories Burned, Floors Climbed, Time Elapsed, Steps-Per-Minute, and Speed.

Advantages of Working Out on a StairMaster 4000PT

Studies show that working out on the stepper machine gives you the same benefits of an outdoor trail run or running on a flight of stairs without having to leave your home or your gym. The advantage of being on the stepper instead of the outdoors is that you are less likely to injure yourself because of the smooth stepping action.

Although the StairMaster 4000PT can already provide you with an excellent aerobic workout, you can also use the equipment to supplement your existing cardio workouts such as running or swimming. To ensure that you are maximizing the benefits of working out on a stepper, experts recommend spending at least 150 minutes on the machine each week or 30 minutes each session.

The StairMaster 4000PT is also beneficial for toning the lower body muscles, making them tighter and stronger. A good session on the machine hits your hamstrings, quads, calves, and glutes. As long as you don’t hold on to the handrails while working out, you’ll also be hitting your core muscles when you work out, making this group of muscles even stronger.

Because working out on the StairMaster 4000PT is also an effective way to burn calories, the workouts will also help you shed unwanted pounds. Since this stepper strengthens the muscles without impacting the joints too much, it can also be an excellent tool for physical therapists to treat and manage knee-joint and lower back pain.

Is the StepMaster 4000PT Worth It?

StairMaster 4000PT goes for around $1,500 more or less. For this amount, it is money well-spent considering that most other cardio equipment can easily cost at least three times as much. Fitness centers can supplement their existing cardio equipment with the StairMaster 4000PT. The machines will look less daunting and intuitive even for beginners. They will also provide a cardio workout alternative for their other members. If you want our recommended StairMaster HIIT workout list, look here at our article to get started on a new workout routine.

At only 130 pounds, these cardio equipment are easy to move around, which make them ideal for home use, as well. While there may be cheaper steppers, the StairMaster 4000PT is sturdy enough to last you a lifetime, which makes it a good investment for a home gym. 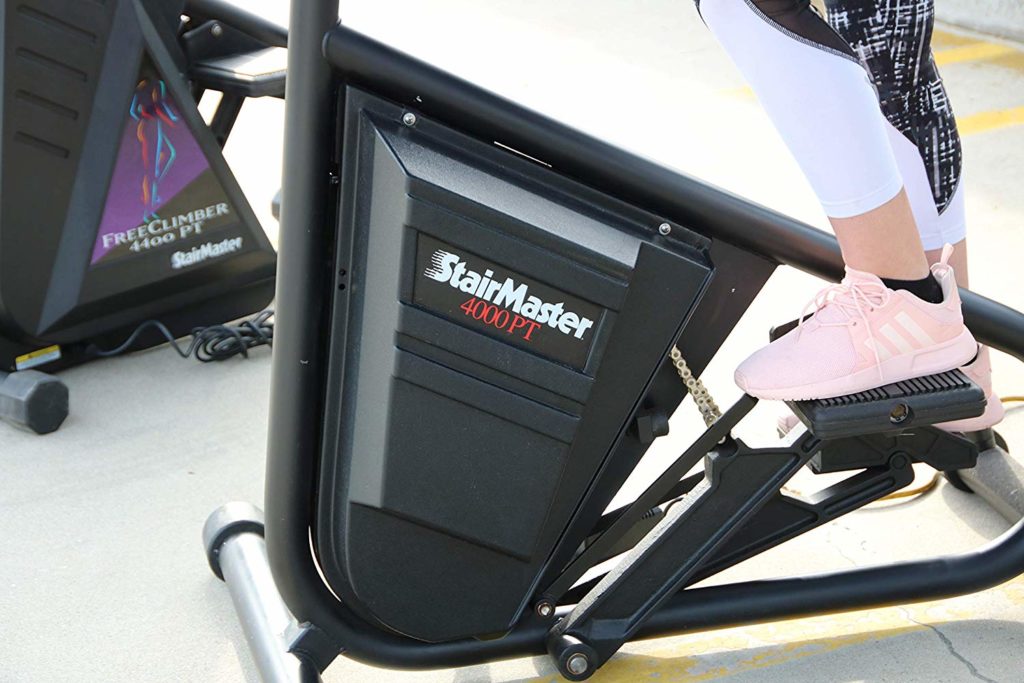