Castor Oil for Weight Loss: Does It Really Work?

The medicinal use of castor oil can be traced all the way back to ancient times, and like many traditional tonics and salves, it is also regarded as a cure-all potion. Unlike other traditional medicines, however, studies have confirmed the versatility of castor oil for a wide and diverse range of medical applications. Studies have likewise determined that some supposed treatment applications for castor oil were untrue.
Recently, castor oil is once again in the limelight for its alleged effectiveness in promoting weight loss. Using castor oil for weight loss has quickly gained much interest that the health, wellness, and fitness communities are starting to pay attention. Does castor oil have the ability to aid in weight loss, or is this yet one of its applications that will soon be proven to be ineffective? 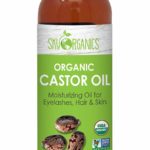 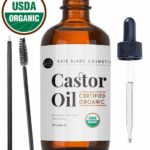 Castor oil is a type of vegetable oil that is made by pressing castor beans. It has an unmistakable smell and taste that made it one of the most popular folk remedies that are still being used all over the world. Its earliest documented medicinal application dates back to 1,500 BCE, where it was used as a laxative. Expert historians believe that its use may even date back several centuries prior.
Up to this day, castor oil is still used as a laxative. Its versatility, however, made it a component in various drug preparations such as in antifungal ointments, anti-cancer drugs, anti-rejection treatments for those who underwent organ transplants and balms for treating multiple skin conditions.
Beyond medical applications, castor oil has other uses as a food preservative, as a component in cosmetic products and as a coating emulsion in the polyurethane industry. Castor oil also serves as a precursor in various industrial chemicals. Its use extends to the manufacture of industrial lubricants, in aviation and refining biodiesel fuels. 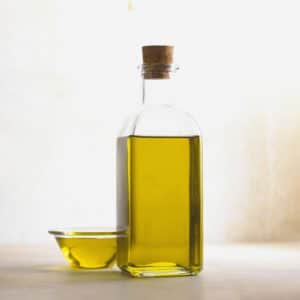 While there are no studies that will give a conclusive answer to this question, it wouldn’t be much of a surprise if science confirms such claims given the versatility of castor oil. Those who have been using castor oil for weight loss have varying opinions on how they think castor oil works. Experts also chime in on their theories on how castor oil helps promote weight loss. The following are the most probable reasons why castor oil can help in your efforts to shed unhealthy weight.

How Much Castor Oil Should I Drink?

The ideal dosage of castor oil for weight loss purposes vary according to the individual’s weight, age, and health condition. How do you use castor oil to cleanse your stomach? To treat constipation and to evacuate the bowels, experts recommend a single dose of castor oil that is between 15 to 60ml. It may take a bit of experimentation to determine the dose that works best for your needs.
Those who are taking castor oil for weight loss purposes often add a tablespoon of castor oil to their favorite beverages to mask the taste. You may also add other herbs to the drink to boost the results that you are after. For instance, you may want to make the appetite suppressing properties of castor oil more effective by adding other ingredients that can also suppress cravings such as ginger or cinnamon bark.
If the taste of castor oil is just too much for you to handle, you can try massage castor oil in areas where you want to lose inches. Keep massaging around the area using up to three tablespoons of castor oil for ten minutes before applying a plastic wrap (e.g., your tummy, arms, or thighs). Remove the wrap after 10 minutes. Repeat daily and consistently until you achieve the desired results.

Other Benefits of Castor Oil

Having castor oil in your home will be beneficial for you in more ways than just your bowel movements and in losing weight. Here are some of the other benefits of castor oil.

What are the Side Effects of Castor Oil? 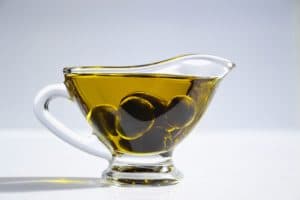 Since castor oil has very potent laxative properties, users have to take it with extra caution. You can experience adverse effects if you consume more than the recommended doses of castor oil. These may include diarrhea, upset stomach, dizziness, and nausea. In more severe cases, you might suffer from stomach irritation, rashes, and toxicity from ricinoleic acid. Some may also experience allergic reactions from consuming castor oil
If you are set on using castor oil for weight loss purposes, make sure to purchase edible castor oil whether you plan on ingesting it or just applying it topically. For added safety, it will be a good idea to consult your doctor before trying out any castor oil for weight loss methods. 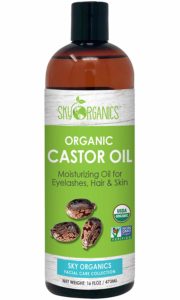 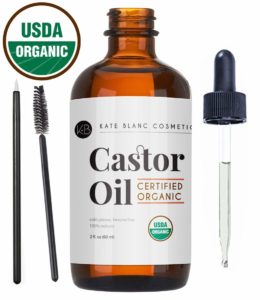 Yes, castor oil can help you lose weight if used correctly. Castor oil helps promotes weight loss with its laxative properties, anti-inflammatory properties, and appetite suppressing abilities. With all of these benefits together from taking castor oil correctly over a period of time, you will see weight loss results.

What happens when you drink castor oil?

When you drink castor oil you will start to see weight loss overall health improvement results over a period of time, however it starts to work instantly. When you consume castor oil consistently over a period of time you will start to anti-inflammatory results and the suppression of the appetite. More instant results will be its laxative results since the ricinoleic acid in castor oil is instantly absorbed by the intestine when ingested.

How long does it take for castor oil to take effect?

For weight loss and health benefit results to start taking effect, it will take a longer amount of time. Individuals will need to consistently consume castor oil for at least a week period while following a healthy lifestyle to start seeing weight loss results.

How can I lose my belly fat and weight?